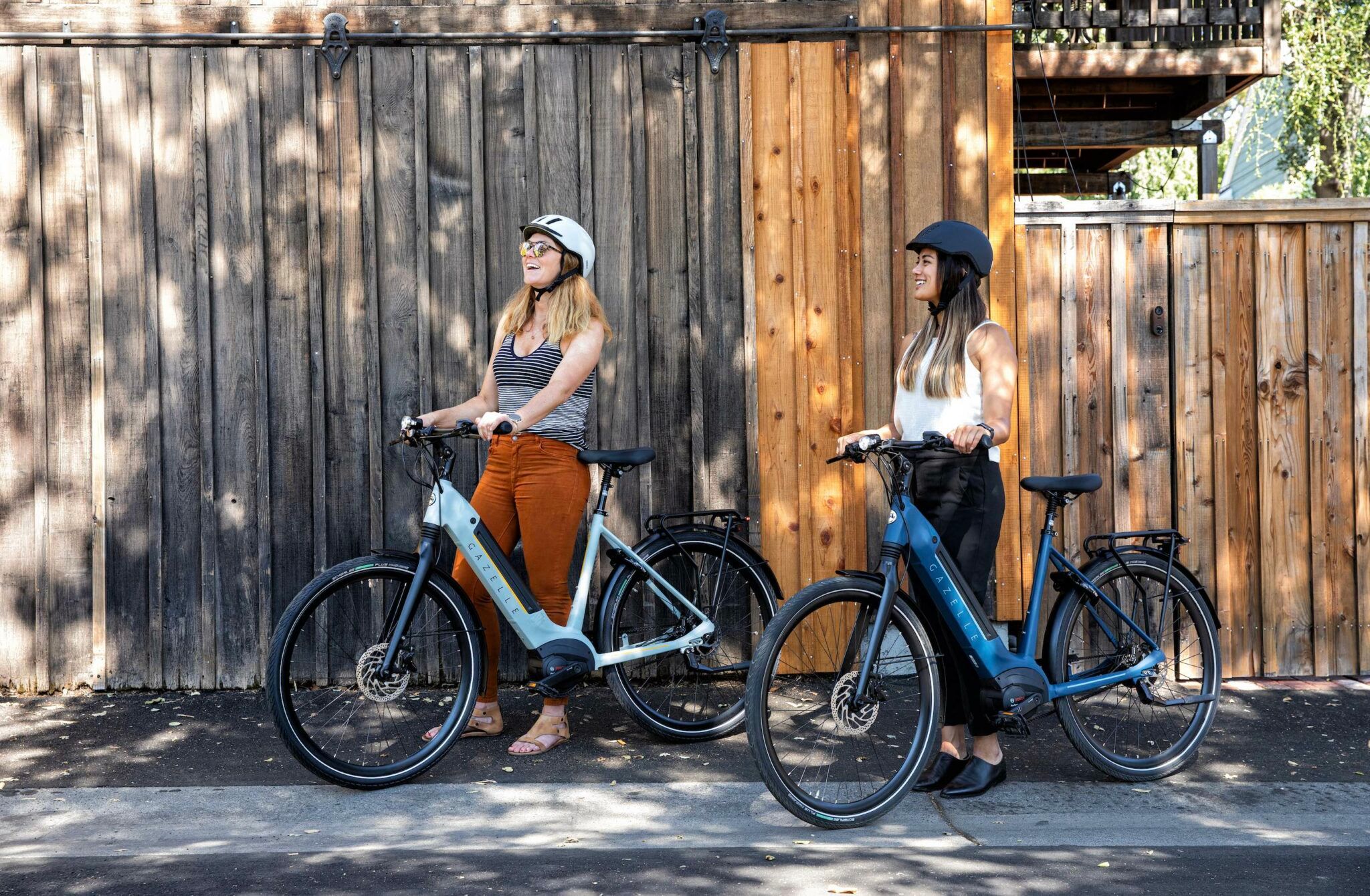 For more than 125 years Gazelle has produced the highest-quality, most comfortable, lightweight bikes possible. Our focus on thoughtful design and technical innovation are inspired by our love of cycling, and a belief that bicycles should be a part of daily life. Our bikes feature low step-through frames to allow easy use by everyone, powerful and reliable mid-drive motors to get you where you need to go, and come complete with everything you need such as fenders, racks, lights, bells, locks and kickstands.

Gazelle had a lot to celebrate in 1992. It was the year of Gazelle’s 100th anniversary, our 8 millionth bike rolled off the production line, and The Netherlands’ Princess Margriet awarded Gazelle the “Royal” title in honour of our 100 years in business. This honor served to reinforce our already unwavering dedication to the design and production of bicycles that make cycling easier, more accessible and more fun for everyone.

On April 7, 1999 Gazelle’s 10 millionth bicycle was made and Prince Willem Alexander helped to put the finishing touches on it during its final assembly.

We continued to grow and on October 31 2005, we lauded the production of our 12 millionth Gazelle bicycle. This was extra special to us as the bike was the Gazelle Easy Glider and was the very first Gazelle to introduce electronic pedal assist technology into the Gazelle line-up.

Here at Gazelle, we are proud of how far we’ve come, and where we’re headed. We’ll continue to make stylish, safe, comfortable, bicycles that are built for your daily life and for the long haul.

Subscribe to our newsletter to get latest news about our products, events and sales.